If you would like to make a donation to the work of Christian Healing Mission online please click here. Thank you. 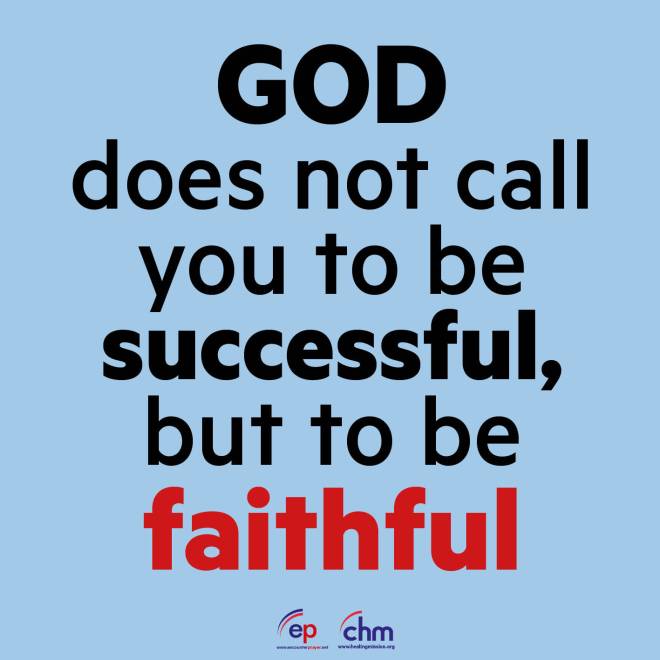 ‘Demetrius is well spoken of by everyone – and even by the truth itself.’ 3 John 12

Whatever else could be said about this man, Demetrius, he was obviously a good man.  It wasn’t just that he was well-liked, but that he had a wonderful character as well.

It is often said that we are not called to be successful but to be faithful – something to which we can all aspire.  We may well set ourselves goals, but the outcome is often dependent upon other people, and through no fault of our own we may not attain them.  So does this mean that we have failed?  Perhaps the goals were unrealistic? However, if our goal is to be faithful and to seek to preserve our good character no matter what the actions of others may be, then we have far more control over the outcome of our lives.

Whatever the ministry to which you have been called, whether it be in public or on a much smaller scale, the way in which God will judge it is not by its outward success but whether you have been faithful to your calling and faithful to his heart.

One thought on “Character, not success”

This site uses Akismet to reduce spam. Learn how your comment data is processed.